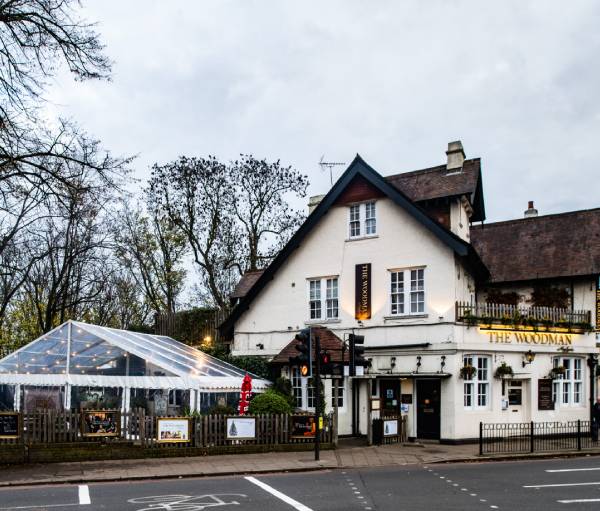 Current owner Tom Helliwell bought The Woodman in 2007 and started a journey to turn a once challenging place into a beautiful traditional pub which incorporates all the parts of what makes a truly magnificent setting to meet friends, family and colleagues.

The vision was to create a place that combines the authentic old style decor with expectations of eating and drinking in a 21st Century London pub. Where possible we serve our guests at the table and offer bar service for those wanting a more traditional experience. We offer a high quality menu where you can choose to share a platter with friends or enjoy an intimate meal with loved ones. We have a wide range of award winning wines from around the world, beers, tea and coffees.

The Woodman has an eclectic feel with five different areas aimed at creating a memorable customer experience. You can either relax by the fireplace on one of our Chesterfield sofas surrounded by beautiful oil paintings, mingle up at the hip bar or enjoy a drink in our award winning outdoor covered lounge. We have outside seating that accommodates up to 280 people with table service.

We’ve been recommended by The London Dogwalking Company as a dog friendly pub. Under 21’s must be accompanied by a parent. Baby changing and disabled toilets are also available. 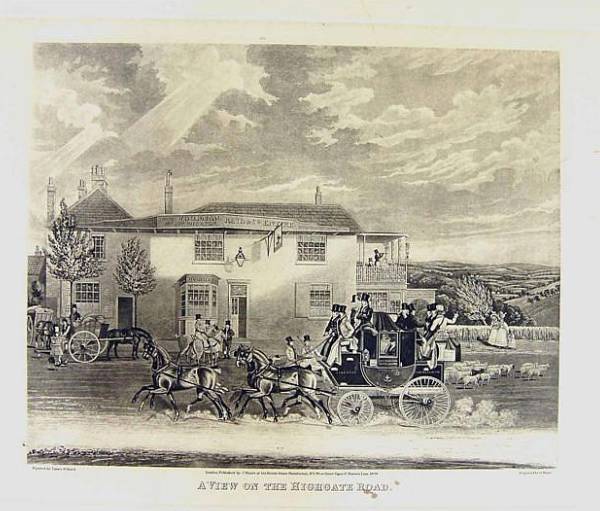 In the 1810’s a bypass to Highgate village was built on the main road from the north as the mail coaches had difficulty getting up the hill, especially in or after bad weather. On the highest point The Woodman was built which probably included stabling at that time. It was rebuilt on roughly the same foundations in the early part of the next century in the Arts & Crafts style with additional floors. In the 1980’s it had additional toilets and back room added which was used for pool and darts. We added a decked area on the back of the pub in 2009 to increase the outdoor seating and then a roof to part of the area to give alfresco dining for around 60 people in 2012.

The Ashwell Brewery mentioned in one of the photos was a local brewery in the village of Ashwell, Hertfordshire. It is now a museum. 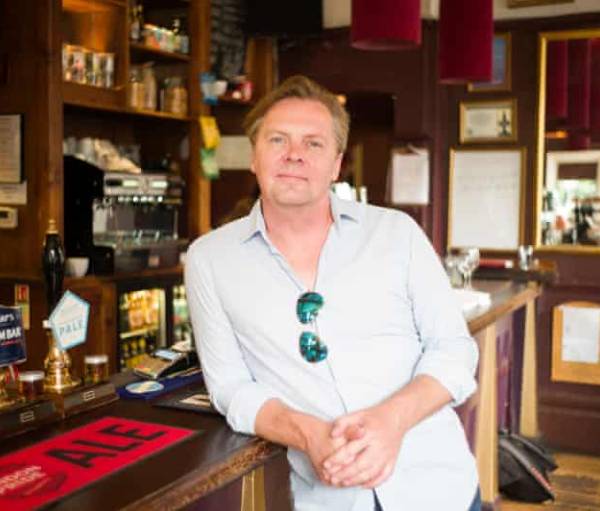 Tom Helliwell’s career in the bar/restaurant trade started early whilst still at school, Helliwell waitered on tables at the local village hall and tennis club in Radlett, Hertfordshire. That progressed to working in many bars and restaurants around the Greek islands as well as a stint at the bar at Elstree Film Studios.

On returning to the UK Helliwell worked at Harry Smiths Wine Bar in St Albans. At the age of 24 he took a sabatical and left the trade for six years with a brief stint in sales and marketing for blue chip companies which led him to Australia. It was at this point his passion in the hospitality industry was reignited in Melbourne, a city that is well known for having the best bar scene in the world.

Returning to the UK once more, Helliwell aquired a position managing Geronimo Inns head office and flagship pub The East Hill. Two years later in 2002 he took ownership of the Prince Arthur in Euston, a run-down pub with a challenging clientele. Helliwell turned the Prince Arthur into what is now a successful and award winning pub. This transformation caught the attention of Heineken who were looking for quality, experienced operators to take the reins of well located, poor trading sites and transform them into a profitable business. From this meeting, the ball started rolling with The Woodman and a long lease was assigned in 2007. A five year goal was set in place to transform The Woodman into an award winning pub. In 2011 Helliwell sold the Prince Arthur in order to focus his efforts on the one pub. In 2012 The Woodman won it’s first award for ‘Best Outdoor Area’ from Star Pubs & Bars and in 2013 Helliwell was nominated for Publican of the Year where he was one of twelve shortlisted.

In addition to The Woodman, Helliwell owns the sports glove deodorizer company Fresh Gloves Limited. Fresh Gloves was born out of frustration to keep sports gloves clean and odour free. Helliwell is a keen kickboxer and struggled to keep his boxing gloves from smelling, a challenge (and often comedic) for any sports person using padded gloves that are difficult to wash. Finding nothing in the market to solve the problem, Helliwell set out and designed, patented, marketed and produced his own sports deodorizer product – probably the best selling sports glove deodorizer in the world. On the back of that he is now entering the world of shoe deodorizers. Helliwell says ‘not everyone owns a pair of boxing gloves, but in todays world there aren’t many people without a pair of shoes’.

He lives in Highgate, London with his partner and two children.

The Executive head Chef Baran led the team of chefs at THE IVY , J Sheekey , Scott’s of Mayfair and The Roof Deck Restaurant at Selfridges for the last decade.

He now runs The Woodman kitchen.

“my seasonal menus feature classic British dishes as well as the best international cuisine all executed to high standards. it is now a privilege and pleasure to bring this experience and passion to the highgate community .”

the Ivy’s signature dish is their Shepherd’s Pie. Chef Baran made that pie for almost a decade.

you can now find Shepherd’s Pie on our menu so you don’t have to travel to the West end.

T: 0208 340 3016 | E: info@the-woodman.com
We use cookies on our website to give you the most relevant experience by remembering your preferences and repeat visits. By clicking “Accept”, you consent to the use of ALL the cookies.
Cookie settings ACCEPT
Manage consent

This website uses cookies to improve your experience while you navigate through the website. Out of these, the cookies that are categorized as necessary are stored on your browser as they are essential for the working of basic functionalities of the website. We also use third-party cookies that help us analyze and understand how you use this website. These cookies will be stored in your browser only with your consent. You also have the option to opt-out of these cookies. But opting out of some of these cookies may affect your browsing experience.
Necessary Always Enabled
Necessary cookies are absolutely essential for the website to function properly. These cookies ensure basic functionalities and security features of the website, anonymously.
Functional
Functional cookies help to perform certain functionalities like sharing the content of the website on social media platforms, collect feedbacks, and other third-party features.
Performance
Performance cookies are used to understand and analyze the key performance indexes of the website which helps in delivering a better user experience for the visitors.
Analytics
Analytical cookies are used to understand how visitors interact with the website. These cookies help provide information on metrics the number of visitors, bounce rate, traffic source, etc.
Advertisement
Advertisement cookies are used to provide visitors with relevant ads and marketing campaigns. These cookies track visitors across websites and collect information to provide customized ads.
Others
Other uncategorized cookies are those that are being analyzed and have not been classified into a category as yet.
Save & Accept
Powered by